Knowledgebase
Home  »  All about safe locks

All about safe locks

An insurance graded safe or vault door has many mechanical components, bolts, pins and springs (boltworks) which allow the door to be secured at several different points, strengthening protection against attack. Boltworks are fitted in conjunction with one or more safe locks, which can also work with relockers – designed to secure the safe if the lock is attacked.

Safe locks generally conform to the same size and footprint, which allows a safe manufacturer to offer the same model of safe, with different locking options for the end user, depending on their needs.

As with safes, safe locks are subject to standards regulation, and for Europe, the standard is EN1300.

The most basic and economical method of locking a safe is to use a key lock. Certified key locks use levers turned by a double-bitted key, which release blocking elements and pull the bolt into the lock body. 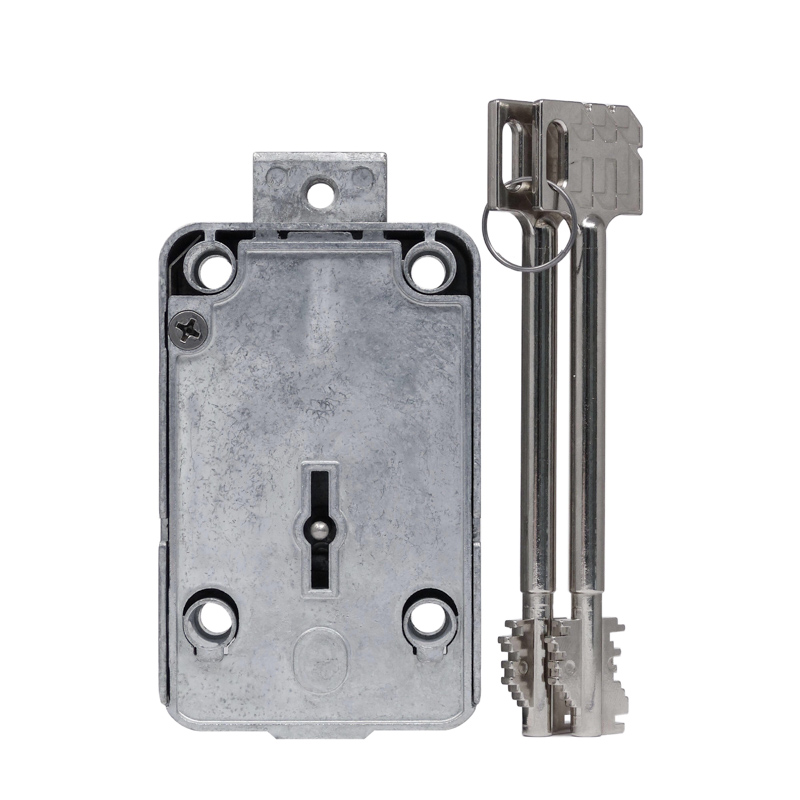 A wheel mechanical combination lock requires the user to dial in their code – with one set of digits for each of the wheels. The dial is turned back and forth to the correct code which ultimately positions all of the wheels to allow a lever to release blocking elements, and pull the bolt into the lock body. 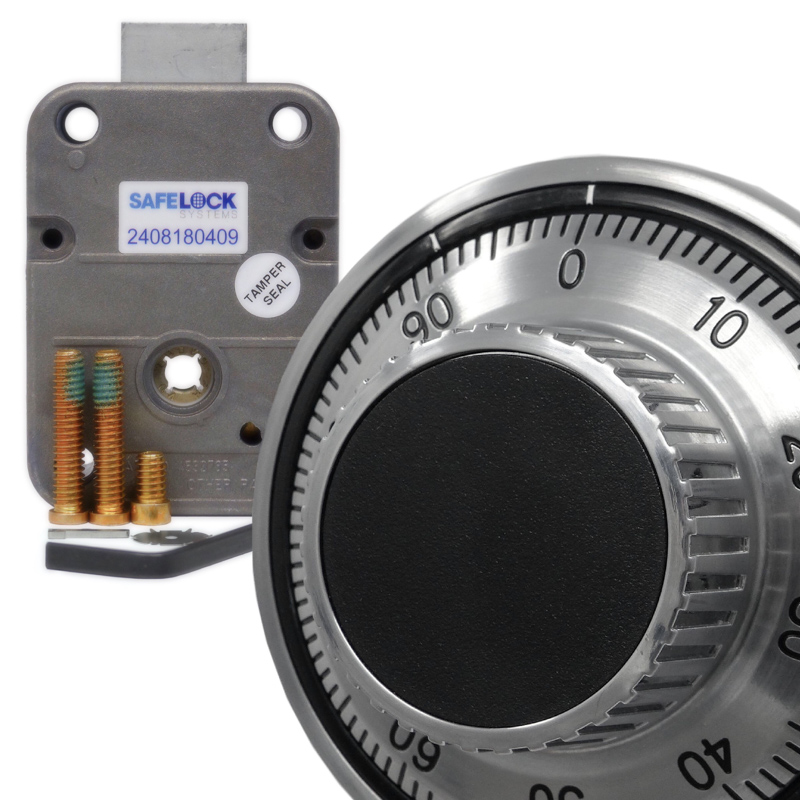 An electronic combination lock requires users to type in their code. When a correct code is entered, a motor within the lock body releases blocking elements and allows the bolt to be either pulled or pushed into the lock body.

Electronic combination locks generally comprise the entry or keypad, the lock body, and a battery pack or power supply. Electronic locks are available with several different bolt types which are used according to the construction of the safe boltwork:

The bolt is pushed back into the lock body by boltworks, normally operated by a safe handle, and closes automatically when the boltworks are released.

The bolt is retracted by turning either a knob or keypad with a spindle, and must be turned again to close.

The bolt retracts itself automatically with an internal motor. The motor drives to close the bolt automatically, but the bolt is often sprung and will spring shut when the boltworks are released.

The bolt is retracted by turning either a knob or keypad with a spindle. The bolt slams shut when the door is closed. Latchbolt locks are not EN1300 certified.

Most electronic locks have multiple users, with varying levels of control and access

Electronic lock systems have the ability to prevent access for a period of time if someone has entered an incorrect code 4 times, which prevents unauthorised individuals from trying to guess codes.

On a lock system set up with dual mode, 2 users must enter their codes before the safe can be opened – which provides additional security. In some systems, 2 codes are required to carry out Manager functions.

Within many electronic lock systems, a record of activity is stored in a non-volatile memory. The data can be extracted either with software or in some cases by viewing information on the keypad screen. This is necessary to monitor how the lock is being used, and to identify the user who opened the lock in cases of theft or opening under duress.

Time delay is a feature which requires a period of time to elapse before the lock can be opened. The user must enter their code to initiate the time delay, wait until the open window, before entering their code again to open the safe. The feature was intended to protect against users being coerced into opening the safe immediately during a hold-up. The parameters can be set using the keypad.

Some lock systems have an internal clock, and so it is possible to restrict access to certain hours such as when the business is normally open, which prevents internal theft from code holders. Most lock systems with timelock functionality have the ability to specify certain dates when the timelock values should not apply, such as for bank holidays.

Many electronic systems have the ability to connect to an alarm system which enables several options:

Some lock systems have the ability to be connected to a network using internet protocol and Ethernet cables so that the system can be managed remotely. IP address configuration and port forwarding is required, and enables management of the system, ranging from taking audit, adding and deleting users, setting timelock and alerting the operator if the lock is opened. Remote management allows for all administrative functions, except for actually opening the lock.

One time codes or Dynamic codes, are intended for single use, and are generated from software, independently from the lock system. An algorithm which is matched between the lock and software allows codes to be issued as needed, which delete themselves after use 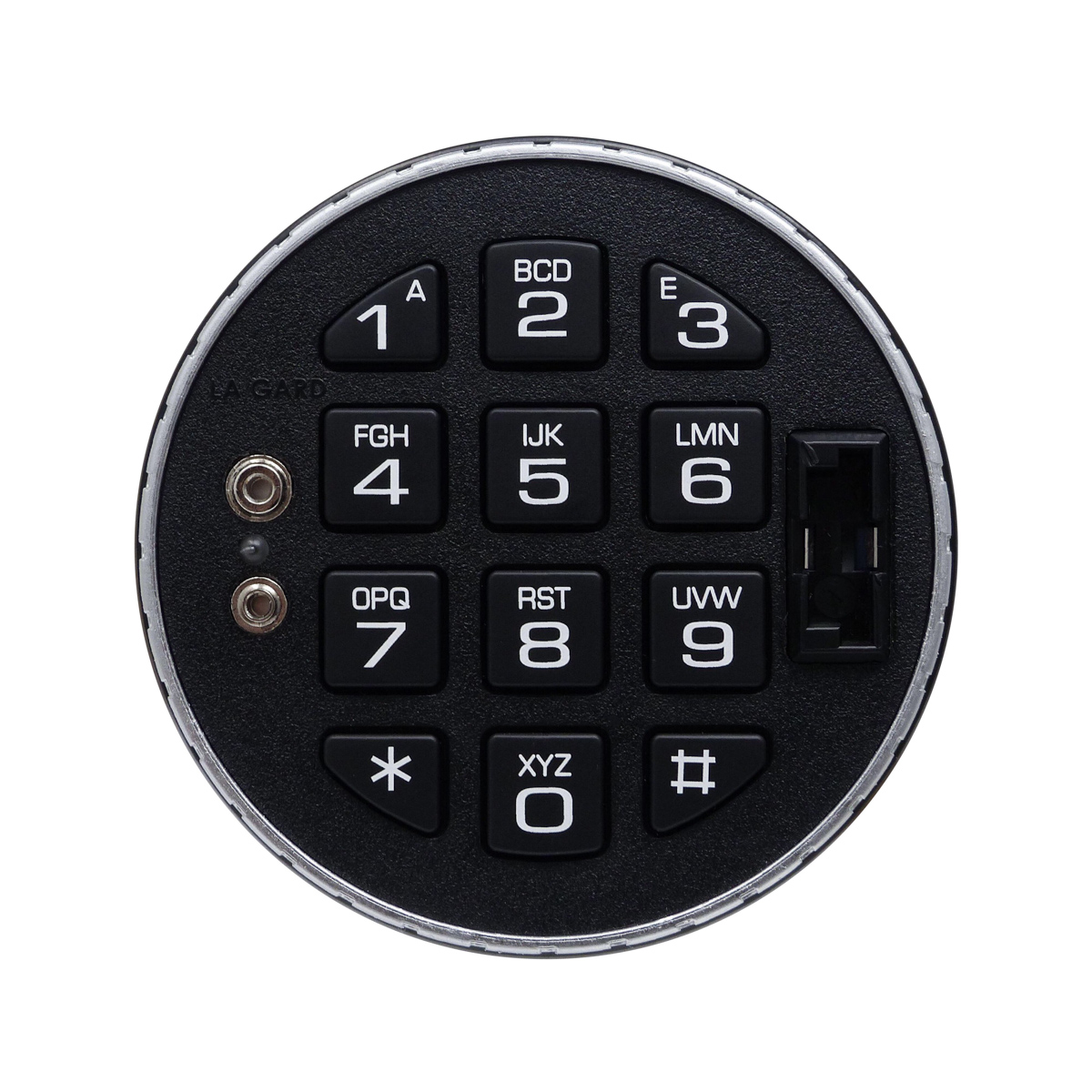